﻿The third Monday in January is ‘blue Monday’ …

Blue Monday is a name given to a day in January (typically the third Monday of the month) claimed to be the most depressing day of the year. The concept was first publicised as part of a 2005 press release from holiday company Sky Travel, which claimed to have calculated the date using an equation. It takes into account weather conditions and this only applies to the Northern Hemisphere.

It’s this time of the year and into the next few weeks, after the restart after New Year, that people can give up on their resolutions and go back to their old ways. 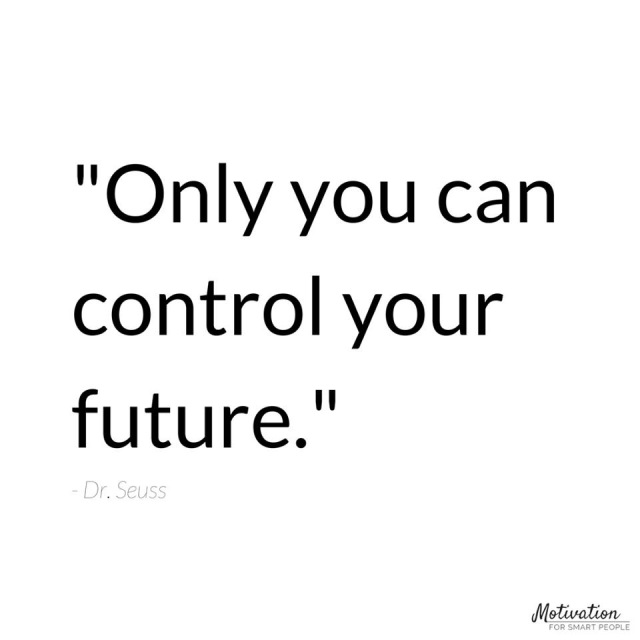 How are you getting on with your plans to change – to get fitter or healthier, lighter or leaner or faster?

Sometimes changes can take a long time to take effect, so three weeks in, maybe you’re thinking of giving up, but maybe it just needs a wee tweak rather than giving it up totally.

Every year January can be the kick start for many to make some changes to improve yourself… but how do you keep those changes as part of who you are, so that you’re constantly improving until you’re happy?

1. Research what it is that a. You’ll be able to stick to and b. How you’ll fit it in and make it consistent.
2. Find out what works for others, but more importantly, find out what works for you.
3. Make the changes small and achievable.
4. Track the results from the changes to make sure that they’re working, if not, change it until it works for you.
5. Get support from others – motivation to go out that walk or run, – someone to look after the kids, or – someone to join you on the walk / run and make you accountable.
5. Listen to your body and be kind to yourself.

The kick start I needed wasn’t in January, it was around about March time in 2008. Two things happened, after a few years of me settling into a relationship where we were eating out a lot and enjoying life..
1. My honest and up front Dad said to me that I was looking ‘comfortable’ – which was true (my BMI was just over 25… and I was indeed looking comfortable).
2. I started a new job, which would mean less of a commute (down to 10 mins each way), meaning more time for me, and what felt like a good time for a full reset. 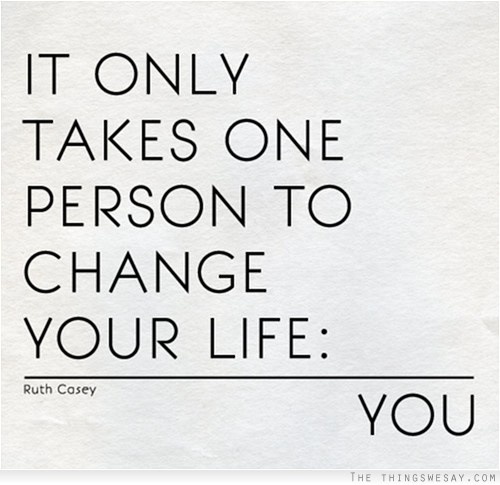 Then little changes along the way helped:
1. I exercised more and aimed to be in a calorie deficit each week. I aimed for some events and decided I’d try to build up my running (zero to 5k event to 45 mins to a 10k event).
2. I ate better – I ate less – I made better choices and stopped being as greedy. I became conscious of everything I consumed I drank plenty water. I ate about 30% protein (log via myfitnesspal). I became aware of my appetite, rather than just eating by habit. I felt hunger sometimes and knew it was ok. Sometimes I ate just what I wanted, but usually after a big long run where I could afford the calories. F£&k it or balance.
3. I became more prepared, went to work with my food for the day – lunches, snacks. I said no thanks to the office goodies (because I had my pre planned and prepared food and didn’t need a Thornton’s chocolate).
4. I gave up alcohol – which freed up calories and saved a lot of money.
5. I set myself a body fat % target and a body weight target based on that.

Each one gives different results to the next, but put simply, they all burn calories – which lead to a calorie deficit – which can lead to weight loss and changes in body composition – as long as what you’re putting in (food etc) is less than what you’re burning. Find what works for you and do it.

Now I train around 5-6 times a week, usually before work / 8am. And whilst I don’t have kids, I know others that do, and they fit it in. Half an hour here, or an hour before everyone is up, as long as they get support from their other halves / family.

Having an other half (or friends) who is / are active can really help too. A bit of motivation and company. Big long walks, runs before the runs comes up so you both feel good. I know fit girl really motivates me, but with it it being a chore – it’s just part of our lives.

And whilst exercise is great, you can lose weight without it, by eating less. Think intermittent fasting, or reducing your calorie intake each day, drinking plenty water / tea. I’d find it hard, but for some, if they can’t exercise, it’s the way to do it. Intermittent fasting isn’t for everyone, but we can all smoky eat less, and say no more.

Other things I did that I still do now – I walk to and from work (10 mins each way), I walk when I can (2.5 miles into town etc), I take the stairs (instead of the lift). I get up from my desk and walk around regularly. I try to get good sleeps – sleep is very important and maybe one of the magic bullets that people don’t realise it is.

I also make better choices – soda water instead of coke, pop chips (80 calories) instead of kettle chips (200 calories), whole meal rice (200 cals) over takeaway rice (400 cals). I stopped eating a small mars bar every night after dinner just because it had become a habit. I had go to low calorie but satisfying or high protein snacks.

My main change this year is with food – I’m aiming to not eat like a greedy thing – to eat what I need and try to get 1g of protein for every lb of body weight a day (about 140g). Aiming for about 30% of my intake from protein. 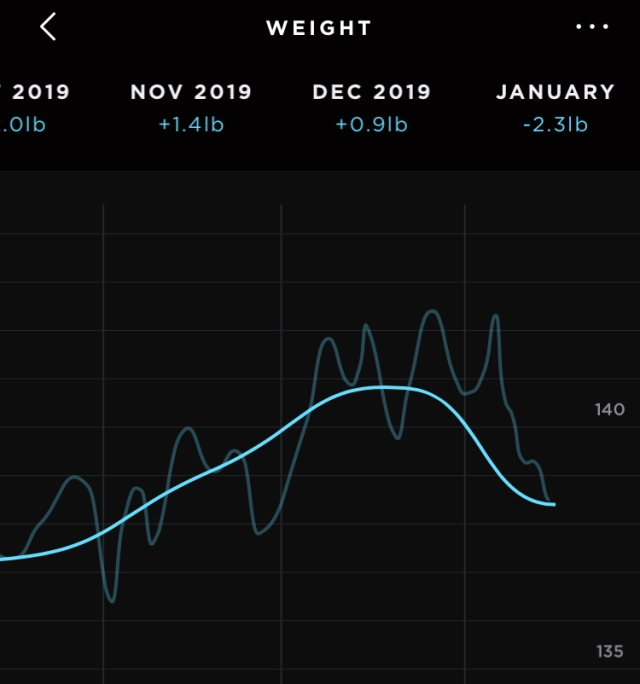 I weigh in regularly to see progress, and don’t see it as a bad thing – it’s just a measure which shows the results of my actions. I weigh in lbs just because I like the number rather than stoned and lbs. I look at body composition, not just the overall number – am I losing fat? Am I gaining muscle? Am I ok with my weight? I occasionally track my food in myfitnesspal to see if my calories are under or over.

It all seems to be working as I’m down around 2-3lbs in 4 weeks. My weight / body composition is the outcome of my actions (exercise and intake). And in 2019 my weight more or less stayed the same – even with me running 1000 miles and doing other bits and pieces. I’d probably found a balance.

But all in all the question I ask myself, and the question my Dad started to ask me more often as we both got older is – am I happy? Not just with my body, but with life?

If you’re happy with all or most parts of your life, everything else gets easier. You can work on those things you want to change. You can hopefully get the support you need to make the changes and keep them consistent.

You can still have the odd treat, but if you can get a balance and still get what you’re after, then life can be great. It doesn’t need to be too complicated, and it shouldn’t be.

Take a step back and look at it all – your life. Are you happy? What changes can you make that can be consistent and forever, and help make you even happier? What balance can you achieve with it all?

Someone said to me the other day, ‘you’ll have a six pack won’t you Lorn?’ I don’t, and that’s mainly because I don’t care enough about it. I care more about enjoying my training, having fun, being social, and seeing progress. And I like to learn and share what I’ve learned.

I have a feeling that whilst I like my body as it is, my genes and the way I train probably wouldn’t allow it to get a six pack. But the main reason is that it’s not important to me. Health and happiness is much more important than being a certain weight or having a six pack.

What’s important to me is to be happy, healthy and fit. And this year hopefully that’ll all come back together again for me.

Find out what’s important to you – your health? Your fitness? Your new born baby? Your friendships? Your family? Being there for and being a role model to your kids? Find out what works for you – and go do it.