﻿Today I’ll split this post between my swim at Pinkston water sports in the north of the city, my training so far this week, and what I’ll do for the next few weeks. 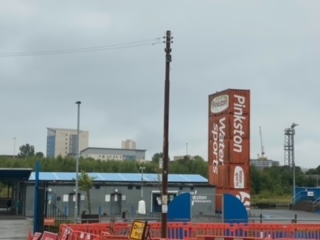 I had this pre booked for a few weeks, and early Sunday morning swim at Pinkston in the north of the city. Not far from the M8 / city centre, it’s a body of water that comes off the canal… and it’s been made into a wstersports place. It’s pretty cool, and very accessible.

I say pretty cool, it was also pretty cold this morning I thought. I don’t know what temperature it was today, and it could have been more to do with the cooling summer / autumn weather, but it seemed colder than the loch swims I’ve been doing.

Anyway, I was there early. Even though it’s only about 15 mins away, I took a coffee with me and was a bit early, but sat for a bit before going and parking up then going over to the decking to put my stuff down around 750am.

I met a guy who had opened up the place and told him it was my first time. He was friendly and explained that the loop of the pool of water was around 300m (where people cut corners) and usually people swam around it clockwise. 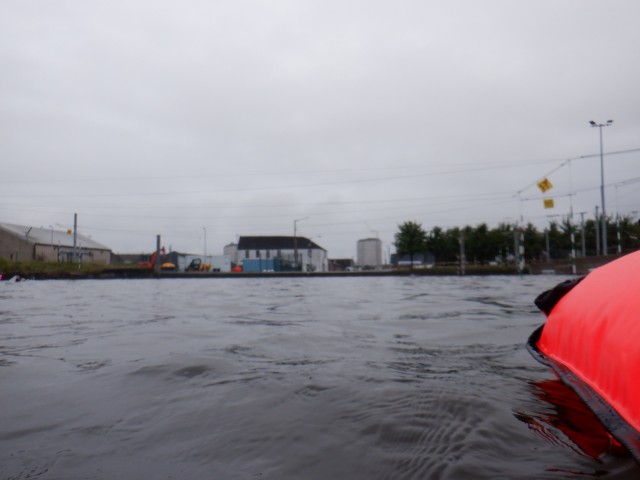 Around 8am I was the first one in… and a few others were getting ready to go in. I stepped off the pontoon bit and floated for a bit whilst I acclimatised myself to the water temperature. I’m always conscious bit to swim if I don’t feel right, but I slowly got myself used to it and after about what felt like 5 mins or so (but was maybe less than that), I started to swim.

Altogether it took me about 46 mins, and I was doing 250m in about 5:30-6:00 minutes ish. Around half way through, I felt really at ease… like something special had happened where I was gliding through the water, nice and relaxed, and settled in the cold water. It’s probably the magic that some people say they get from open water swimming.

Anyway, after the 1,000m, I did a few more laps to cool down, and before I knew it I was ready to get out. My feet were a bit cold, but I was fine to have been in for that amount of time. 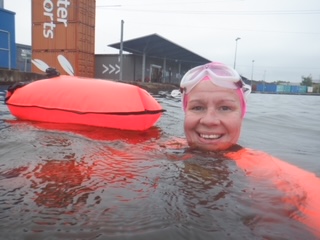 Afterwards I got out and sat for a bit, took my wetsuit off, then dried myself and got to my car. I chatted to one of the other swimmers (there were about 10 or so there I think), then before I knew it I was warm in up in my car with a coffee and a rego shake for afters.

Afterwards my feet were really cold, it they warmed up in time. And I’ve managed to get some nasty chafing on my neck from the wetsuit. Ouch. I felt like having a nap this afternoon, so I did. All good.

The session was pre bookable and £5, a good well controlled no nonsense open water experience and good place to try or do open water swimming for sure. The website says the changing rooms aren’t open, but today they were. With restrictions easing it looks like things are more back to normal.

You can book sessions, or other watersports / fun here: 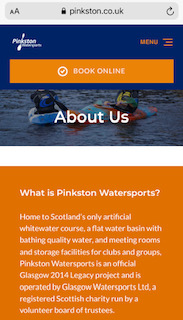 I didn’t do any strength work as I prioritised swimming, but I’ll try to remedy the at next week. I enjoyed swimming coaching for the Glasgow Triathlon Club on Monday morning, and I’ll be doing great early doors on Mondays for most of the next 8 weeks. It’s nice using those skills again, and helping others to train / improve.

Here’s my plan for training next week:

I think I’m moving my run at the start of the week to Tuesday night, but other than that it should be as planned. I’ve arranged my runs to be with others, and I’m booked into the Gorbals on Wednesday to swim.

Then at 9:45am on Saturday it’s my 3,000m open water event at Balloch Shores, Loch Lomond. It should take me up to 70 mins to complete I think… as long as I keep going… 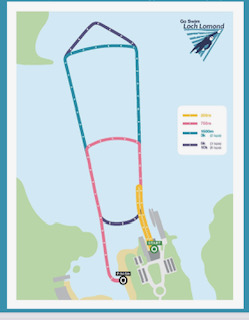 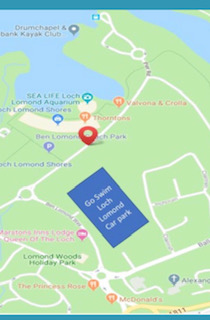 If you’re at a loose end and live nearby why not come see me at the end, around 10:50-11am… although I might not be worth much / might be a bit tried. lol.

There’s info here about where it takes place:
https://go-swim.uk/wp-content/uploads/2021/08/GSLL21-Athlete-Guide-FINAL.pdf

After that, I restart my training and with the aim of keeping my 10k run distance up… for the Brighton 10k on the 12 September. My runs have been going well, touch wood my leg seems ok..

…and I’m gingerly training doing two runs a week to ease myself back. I’ve decided I’m going to keep the distance at 10k and below.

And I’m excited to go visit my Dad and step mum the weekend before it. I’m hopefully going to get an open water swim in up there; with them watching maybe. Up at Knockburn Loch hopefully.

Here’s my training plan after next week:

And another two weeks:

I’ll mostly swim in pools in September, maybe with one or two trips to lochs… Then I’ll hopefully get to some more open water swimming in a loch or two into October I think. We’ll see.