Do I use Dioralyte on race day or not??

So… I know I need to stay hydrated on a run… and on e along run, I need energy too. My energy plans so far in training have included: 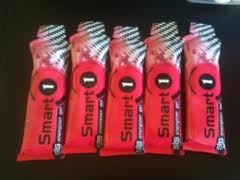 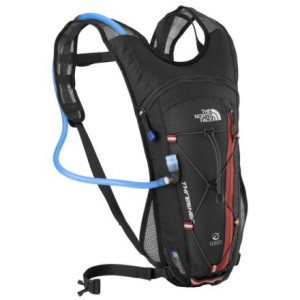 I’ve tried lots of things and these energy and hydration combinations tend to work.

I get caffeine, carbs and electrolytes

before… caffeine, carbs and water throughout… and carbs, electrolytes and protein afterwards.

Then the other night I was chatting to my brother (GP) and he asked if I’d heard of Dioralyte? You mix 1 sachet per 200mls of

water, and ‘Dioralyte replaces body fluid and salts lost during.’ (long periods of exercise).  It’s used to correct water and salt loss in infants, and in adults when they have continued diarrhoea. There are no side effects to taking it as it’s just replacing what your body needs (when you’re ill or you’ve used energy stores in your body). 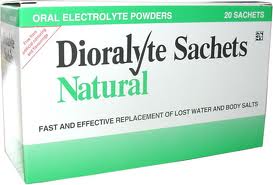 To quote some bits from an article in the latest Runners World magazine:

I know I need to top up glycogen and salt levels on long runs, but I’ve usually done this through drinking lucozade before and after, and taking on energy gels.  Perhaps the dioralyte will be a little extra to keep my glycogen stores topped up to make it even easier!?

My brother recommended diorolyte…and my other trusty source of information (my Dad – now a retired GP)… agreed that it would be a good idea, and it wouldn’t harm to take it.  He said…’you probably wouldn’t notice it, but it will have a positive effect on you as it will replace the salts you lose during the race.  And it’s composition is the same as the salts you’ll lose, so it’s better for you than just plain water.’

I’ve been training for the last 12 weeks, without Dioralyte…and with 11 days to go… I’m considering adding it to my water pack to hopefully help me along on the day.  I have one long run left (8 miles) to try it out and see how it goes with me. I’ll know more after that… but…

All the books and websites all say not to try change your energy intake on the day of the marathon/race.  Always try things out in training first.  I guess I’ll just need to try it on Saturday (8 mile run) and see how it goes.  🙂

4 Responses to Do I use Dioralyte on race day or not??