Results and an odd family trait

Posted on December 5, 2020 by lornpearson

﻿I know I’ve written about this before… but at the end of this year it felt like a good year to show the results in my weight since the start of 2020. And to compare it with another year where I ended the year injured and not really running as much.

Here’s my weight for about the last 8 years… up steady up up down a bit… up up then this year, with lockdown I tried to do something since March that would work, to make it go down again… then since June it’s been steadily creeping up (but in a good way).

2020 has been like a year like no other for everyone. And in March with the big lockdown I decided it was a good chance, being at home to curb what I ate a bit… so instead of eating everything I wanted, I ate well and didn’t eat so much. I dropped 10lbs in about 3 months or so … from a calorie deficit. Burning off more than I ate.

So I’d started the year at one of my heaviest for a long time.. i felt ok at that weight, but I knew if I didn’t take hold of the reigns in lockdown I could risk going up and up and up some more. I was only heavier once in 2008 before I lost all the weight… but now it seems in a lot fitter with different type of weight (less fat).

Not eating everything in sight during lockdown worked… by the time I got injured in august I’d dropped weight, then regained a bit, meaning a reduction of about 6lbs… but just a little more than 6lbs in body fat.

Then from august onwards I changed how I trained, I walked more and started cycling about 30 miles a week. I wasn’t in the gym as much as I’ve been before, but I’ve been doing gym work / physio work.

Now I’ve ended up here… in December… having more or less eaten west I’ve wanted since August time… but injured and unable to run, I’ve subsisted running for other exercises. If anything, to keep me from going mad… and to keep the good feelings from exercise and to get better on the bike.

So now it seems, after 11 months. I’m down 6lbs body fat, but my lean mass is back where it was at the start of the year.

So the overall pound number has gone up, but I can be safe in the knowledge that it’s good strong weight, and probably as a result of doing more regular strength and physio work in November into December.

Eat eat eat. Yum yum yum. Burn it all off if I can, but get plenty rest and recovery too! 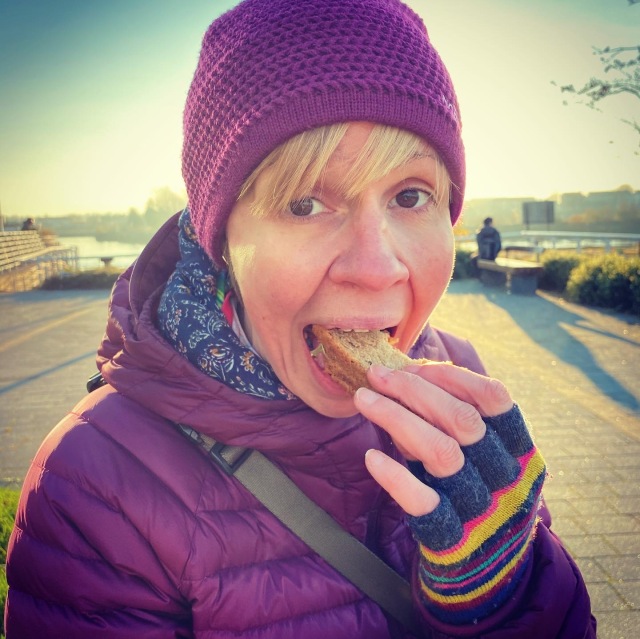 But the crucial thing is that I swapped it out for other exercise and still got the calorie burn (so I could eat what I wanted – my ice creams etc). But I also didn’t eat like a total pig, and had more control over it as I was at home a lot more.

Now if we compare this to 2016… this is where after 3 marathons in 18 months, and eventually my body didn’t like it and my feet were sore with plantar fasciitis. (it was also a pretty bad year for personal stress as I was dealing with my Mum’s estate).

I had reduced the running right back to give my feet a rest from long runs… and by the end of the year I’d put on about 7lbs… or 8lbs of body fat.

Not so good. I don’t have a track of what my lean mass was at the start of the year (2016), but I do remember it was after a big drop of about 7lbs after my Mum passed away, and life sort of stopped for a bit for me.

Then in 2017 my weight went up down up, this was quite an unsettling year at work if I remember rightly. Then 2018 I got into my groove with life, and work… and 2019, well the less said about that the better. My weight seemed to sort of maintain.. creep up a bit anyway. Still active, still eating what I wanted.

Anyway, 2016 and 2020 were similar years in terms of me being injured…. and taking time out from running, but it was probably more the stresses of life that impacted my weight (I haven’t felt quite as stressed this year I don’t think, having worked from home for most of it).

Stress usually impacts my sleep, which then probably impacts my weight and ability to exercise regularly. This year I’ve probably been able to be more consistent with exercise and food, as I’ve been at home more.

And overall I’m feeling good. I also feel not much different that I did seven years ago – healthy, happy, fit (apart from my injury which I hope to recover from soon!) 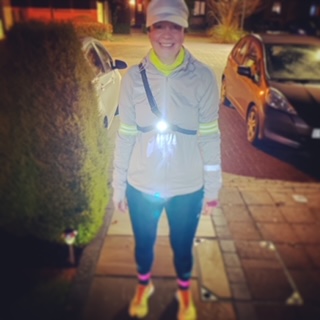 Weight is just a number, and whilst I step on the scales every day… it’s more of a measure to see what has been what, rather than worrying about it or trying to hit a number. I like seeing the results of what I do… come out in a graph over time.

Just like my Dad – he charted his, and maybe still does, on graph paper, all my life – an odd family trait that’s stuck. Only I chart mine using clever scales and WiFi to an app with graphs!

If you want to lose weight, I’d suggest getting active, or being active… watching what you eat, but not too much that it becomes a chore or hard to do as part of every day living.

Chart your weight weekly or daily, to see the results of what you’re doing. Get scales with a body fat measurement. I have withings WiFi ones, a bit like these, but in white. 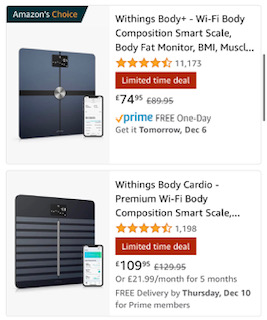 As you chart your progress, if it’s working stick with it, if it’s not, hangs it up a bit and try something else (ie more activity, more sleep, less snacks etc). Perhaps 2021 is the year to see what the graph can do?

Weighing myself every day works for me as it charts the result of my activity etc… but it might not work for you. Do what works for you… but if you can make cool graphs charting your results (with technology ideally so it doesn’t take up your life)… then all good.