I always used my blog as a bit of a journal… to remind myself of events, distances run, training completed… and I’ve also used it as a tracker for injuries as well as a place I put training plans and information. 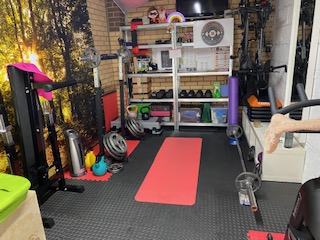 Well I’m afraid to say, that after a really good 6-9 month of training, an injury has eventually crept up on me. I noticed it first in early August, and I think it stems from maybe a workout I did in the garagym… maybe deadlifting, and maybe pulling a muscle of sorts but not noticing when I did it, or when I was training after it.

At first I got a bit of a sore lower back, I maybe thought it was my rather unergonomic desk / ironing board work station. But really it’s probably just a pulled muscle that’s taking a while to get better I think.

It seemed to get worse after some long car journeys, sitting in the same position driving for hours. And now it’s at a point where I really need to take some proper time out and get some treatment for it.

It’s not the end of the world, and I know rest from running is probably best… so I’ll likely take September off running and get a couple of massages and sign up for some physio for it too for some guidance on how to make it better.

I took 8 days out at the end of August where I didn’t run, but walked did some stretching and foam rolling sessions, and an easy bodyweight strength circuit every two days. Movement and activity, but not too much.

We went on some walks and it felt ok, but when sitting at night I can feel it sore. I know what to do next, and the main thing is getting advice from people who know (physio and masseuse) and focusing on recovery.

– Early August, in the gym, mainly working in deadlifts.
– Noticed a twinge in my lower back, but it felt ok.
– Also noticed an odd large bruise on the left of my lower back
– Continued running (a lot… 85 miles up to 24 August) and it felt ok before and after running.
– Noticed sore lower back when sitting at desk (ironing Baird) – then also noticed it standing. – The pain really kicked in after a long 3 hour drive up north.

What it feels like
– It started as a dull pain in my lower back, around early August.
– Then it seemed to move into my right hamstring, and into the middle of my right hip.
– When I tip my torso over, think the good morning movement, I get to 45’ and it feels a bit tight / sore inside the hip.

– The upper quad and hip flexor has started to feel sore too.

– Foam rollering is sore on the hips and glutes…
– Hips sore when lying on my side.
– It all feels connected – lower back, hamstrings, upper leg, hips. And even into my back and shoulders and neck at points.

So the plan for September is to:
– Do some movement in the gym – stretching and foam rollering.
– Cycling as long as it’s ok on my back / legs. 30 mins on Sunday felt fine / good. Hey, I might even get my actual bike out on the cycle paths some as well.
– Bodyweight exercises, focusing on building strength in muscles / without any pain. – Walking to keep active too.
– Get a massage at the start and the middle of September with Clare. – Call up and get referred to a physio.
(Stay off running, but focus on recovery and being active instead of running / missing running). 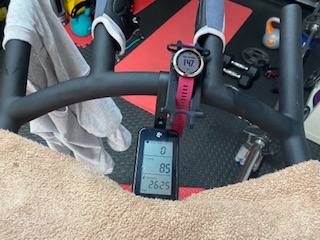 I’ve written about how to deal with an injury here before, and rather than feel down about it, I like to just have a refocus instead and focus on something else for a bit. Know that recovery is needed sometimes and it also makes me feel grateful when I don’t have an injury or pain.

So I’ll hang up my running trainers for a bit and see what happens. And my new friend will become the foam roller. Ouch it’s sore, but worth it. The massages will be good too. 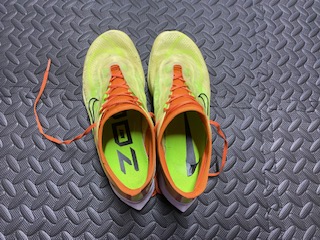 If only the pools were open I would have gone swimming, I’m lucky to have the set up in the garagym that I have.

I met my niece and had a nice lunch, then a walk in the park with her (Queens Park). And an ice cream for afters. 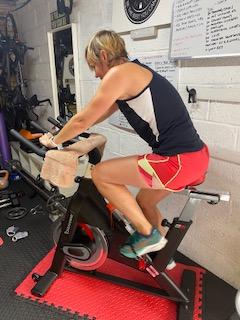 Then I went a nice walk in another park (Kelvingrove Park) with Fit Girl before dinner.

Roll on September and I’ll try not to be sad about not running. My body probably needs a break from it… and I’ll be careful to listen to it to rest and recover when I need too as well.