20 miles all over Glasgow

Posted on February 4, 2018 by lornpearson

I moved my long run day to Sunday this weekend, a few appointments and strength training on Saturday, plus a lovely day on Sunday and I decided I’d move it from my usual Saturday morning long run day. I had 20 miles planned, and at 8am when I woke up, I was tempted to put it off. But I didn’t.

I got up and fuelled well, took my time and was out to door just before 1030am. I had a more inspiring route planned out this week compared to last, but it’d mean I’d need to think about the twists and turns, and also meant I got a little lost in the west end, but not for long.

I ran a version of the route below in reverse, running up to the West End / Maryhill locks, before running back down through kelvin grove and over to the Southside. I decided early on I’d split the run into 5×4 miles and take my gels the same as last week – 4 miles, 8 and 14.

I was running on my own, with an audio book for the first half – Ruby Wax, then random music for the second half. I had a few interactions with people along the way… 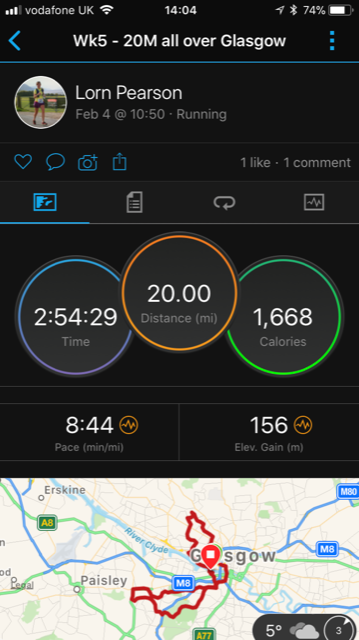 A mile or so in, I stopped to help a couple who looked lost, but weren’t, they just couldn’t decide which way to go, so I pointed them ‘that way’ – the way I was going, towards Byres Road (not sure if they went that way.)

Then running up Byres Road, I passed a man coming out of the University cafe, with a big takeaway bag of rolls and whatever (I presumed)… and a big glass bottle of irn bru. I said I bet that was going to be tasty.

Just after, going up Highburgh Road, a 3 and a half year old girl was running ahead of me, between her grandma and her older brothers or about 25m or so… and she was running faster than me. Lol 🤪 three and a half! (I spoke to her grandma and commented on how fast she was, seeing me with my water pack on, she replied saying she hadn’t been running as far as I probably had – lol – fair point).

Then about 4 miles in I was at a bit I didn’t know and came to a dead end instead of running up towards the Clyde canal. I realised and went back the way I cane and figured out the right route.

Parks I was running through were busy, and I had to really keep my wits about me … having to avoid, or not run into kids, bikes, adults, dogs…. a couple of times I had to stop dead for dogs, but I didn’t mind that much.

Over to the southside and I ran towards Paisley, again past am area called ‘Halfway’.. halfway between Glasgow and Paisley presumably. Running down towards Ross hall I unintentionally gave a man a fright – he was walking along, in normal clothes, with a bottle of raspberry lucozade (hangover perhaps?) and he jumped out of his skin when I passed him. Lol. Perhaps he thought I was going to steal his lucozade?!

Then my last interaction of the day was near Maxwell Park… around 18 miles in, I was getting a bit tired and just wanted to finish. I was on the left side of the road, on the pavement, and a large 4 wheel drive expensive car was stopped and turning right.

Crossing the junction in front of her (as she was stopped on the other side of the road, I waved at her, and put my thumbs up to thank her. I waved and thumbs up again…

But apparently I misread the situation. She wasn’t being nice, I’d clearly annoyed her that I was putting her out and taking my right if way…she tooted at me angrily and sped up past me. I nearly turned my thumbs up into a two fingers but decided against it. Silly rich… b… 😜 oh well. Never mind.

She didn’t know I was 18 miles into a 20 mile run, and I assumed she was letting a pedestrian cross in front of her. I should probably run with others instead of running on my own. Lol. For the chat instead of me looking for entertainment along the way.

Oh, and today was my first day wearing my sunnies! I could have probably worn a couple less layers (3 on top and full length trousers), but I wasn’t too hot or cold. Just right. Maybe shorts or capris next long run…

Today I ran 7 miles in the first hour, and another 7 miles in the next hour. Around 8:30 to 8:40 min miles. My plan said 9:08 min mile target but I was feeling good for most of it and the miles were ticking away nicely. 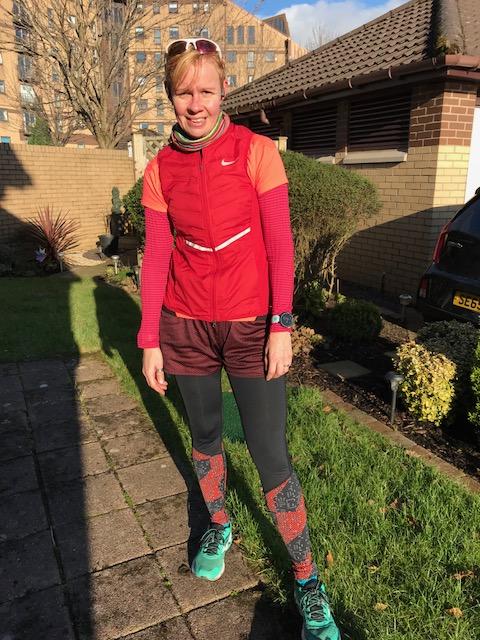 I felt strong throughout – until about 18 miles when I started to feel a bit tired. My pace dropped, but not so i noticed all that much.

Here’s the stats from today’s run:

Check the top 3 average HR, 152 each time! I wasn’t ever looking at my heart rate on my runs, but was roughly aiming to keep the pace below 9 min miles. Hopefully my comfy heart rate (152) will result in faster paces / times in the coming months.

After the run, I had a for goodness shake, a good stretch some water and a shower. Oreo the cat visited… but I don’t think he likes me much. He’d been hanging about for a bit, then when I came along he went away. 😦 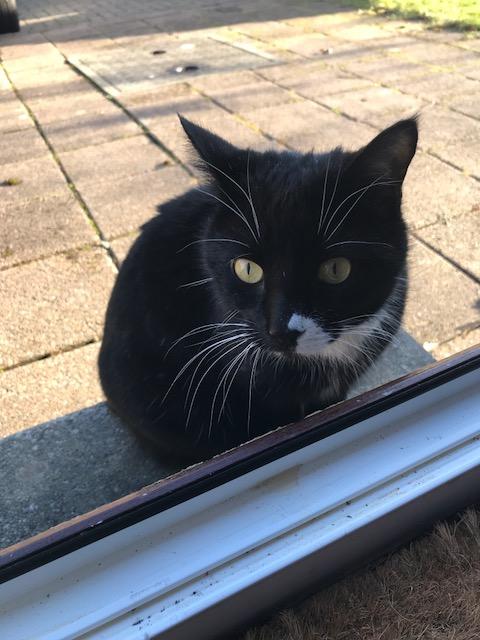 I got ready and we went to the west end, where we walked for a bit (my heels were sore, but are ok now)… and I had a baked potato and chilli.

We walked a bit around Glasgow Uni, and watched the sun go down, which was very pretty. 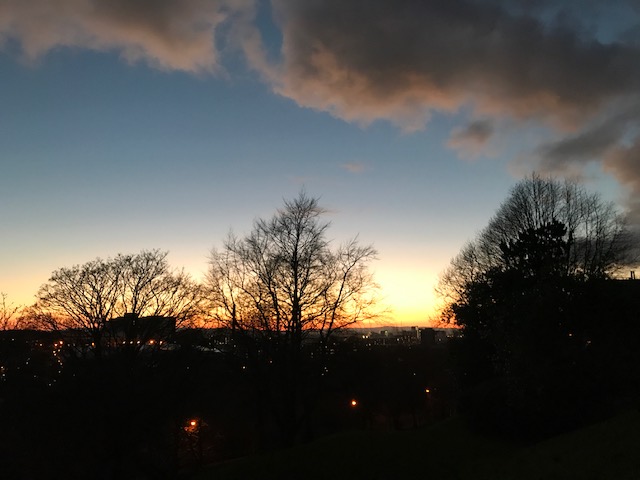 It’s a busy week at work, and I’m aiming to train early in the morning ahead of work.

I think I might ask a friend if they want to run long with me next weekend, to save me talking to random strangers on the run. 😜

2 Responses to 20 miles all over Glasgow