Posted on December 9, 2017 by lornpearson

Today was one of those special days where everything just seems to be magic. I’d offered to run with Audrey to help her get a PB at Parkrun, and aim for under 30 minutes for a 5k (for the first time for her). 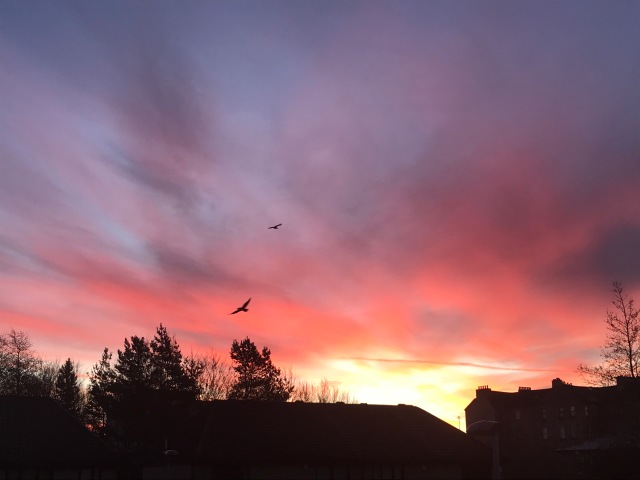 I had a good chat with my friend, and in the hairdressers my step mum phoned whilst I was waiting and I managed to help her buy an album on iTunes. After all this and having run with Audrey, I was feeling rather super.

For running, I wrapped up warm with 4 layers on top, including my warm winter running jacket with hood and integrated gloves. The morning sky was lovely and it was due to be a clear but cold winters day. 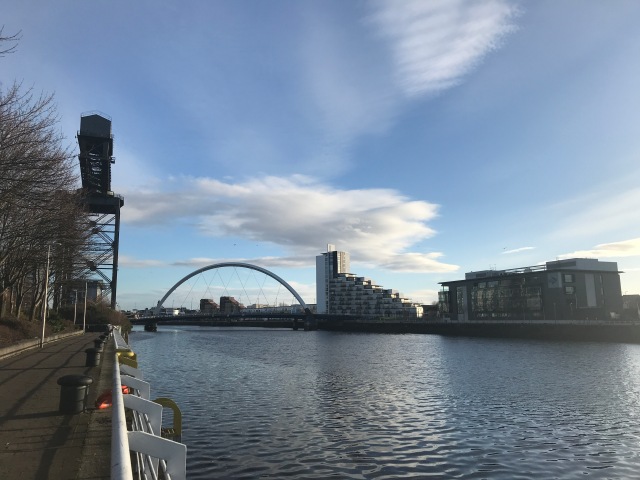 I’ve not done many Parkruns (this might be my 2nd or 3rd having only run at Pollok), and today, 2 weeks out from Christmas it seemed a little quiet at Victoria Park. I met Audrey at the gates just before the start, and we randomly met some other people she knew. I got there and realised I didn’t know what the target min mile pace for a 30 min 5k, so I quickly worked it out on my phone. – 9:40 min mile).

Audrey briefed me that there are three loops in the Park before the finish. On the loop are a couple of small inclines and one slight downhill, before finishing up a slight incline and finishing corner / straight. The race director and marshals had been up early getting the park ready with grit, which we were grateful for. 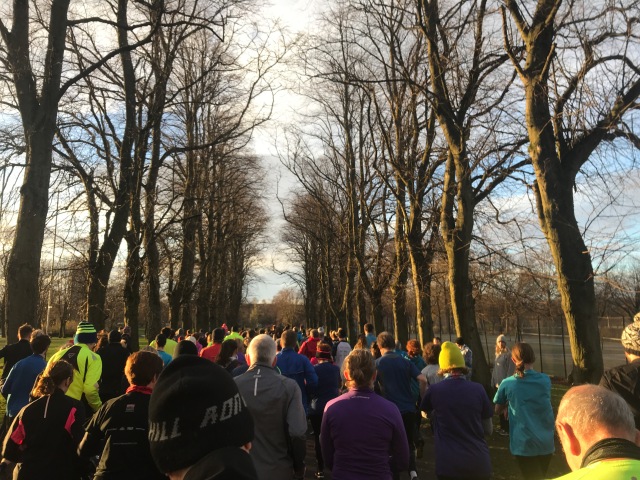 We were near the back as the run started. I switched my garmin display away from the usual heart rate and cadence screens to Current Pace and Average Pace, and kept Audrey updated during the run. The first half mile she went off fast, 8:30 min mile pace, then about a mile in she was averaging about 9:00 min mile pace.

Up the hill I was saying to her to ease off and relax a bit, don’t push it too much, and recover at the top. After the hill there’s a wee slow downhill and by about 1.3 miles in her Pace was about 9:07 on average. She was going well and I was telling her.

We knew her first mile might have been a bit fast and hard, but she was hanging on. Round the loop for a second time, and this time the uphill took it out of her a bit. I was encouraging her and telling her she was still in Pace, just over 2 miles on and 9:30 min mile pace on average. (Still under 9:40 min mile for her 30 min goal). I was full of belief in her, and was fully thinking she was going to do it. 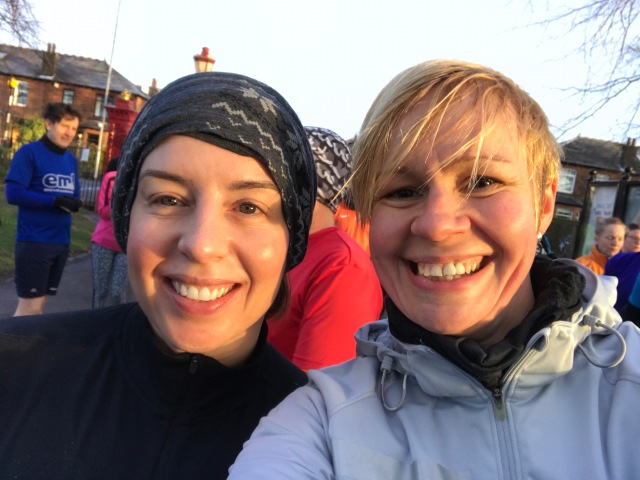 (This was us at the start).

I’ve been coaching for Audrey for about 2 years now, and she’s such a determined runner. She’ll admit herself she’s not fast, her usual avg min mile for an easy run is 11:30 – 12:00 min miles, but I’ve tried to get across to her that speed doesn’t matter.

To me, good running doesn’t automatically mean fast, good running is doing the best you can do. Doing the training, learning what works for you.  She’s run a few marathons, and usually trains consistently, is very friendly, good at running and successful in other areas of her life.

As we were running on the second loop, I said to her she was the best runner I know, and I wasn’t just saying that. It’s true. She’s full of guts and determination. She’s run the Loch Ness Marathon, Stirling and New York marathons, and she’s running the London marathon in 2018 (for the Big Issue charity).  I call her Amazing Audrey, simply because she is.

Now we’re on the third loop and I know she’s working hard. After the 2nd time up the hill she had to stop to walk, boak a little, recover with a little walk and then she got going again. But as I told her she was still on target pace – about 9:30 avg pace. 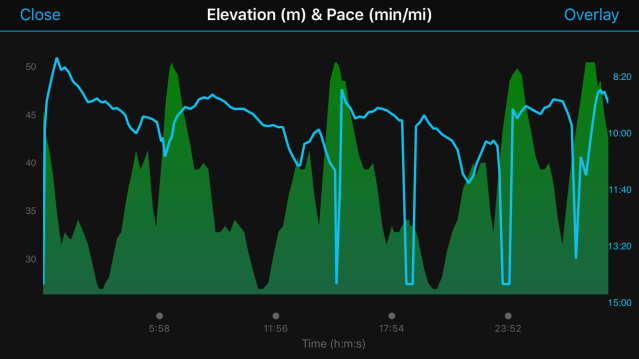 Then on the 3rd loop just at the pond, she crumbled, and announced to me ‘I can’t!’
Now I know Audrey, and I know when I can push her, and now wasn’t the time for it. She’d given up. She was done pushing it. She said sorry to me, and I said don’t worry I don’t mind and she was doing well.

I saw on my watch she was still on target to finish in under 30 minutes and encouraged her to keep going and see what happened. But she said she was done. I said just forget about the time pressure, and do what she could. I shut up about pace, and just let her do her thing. 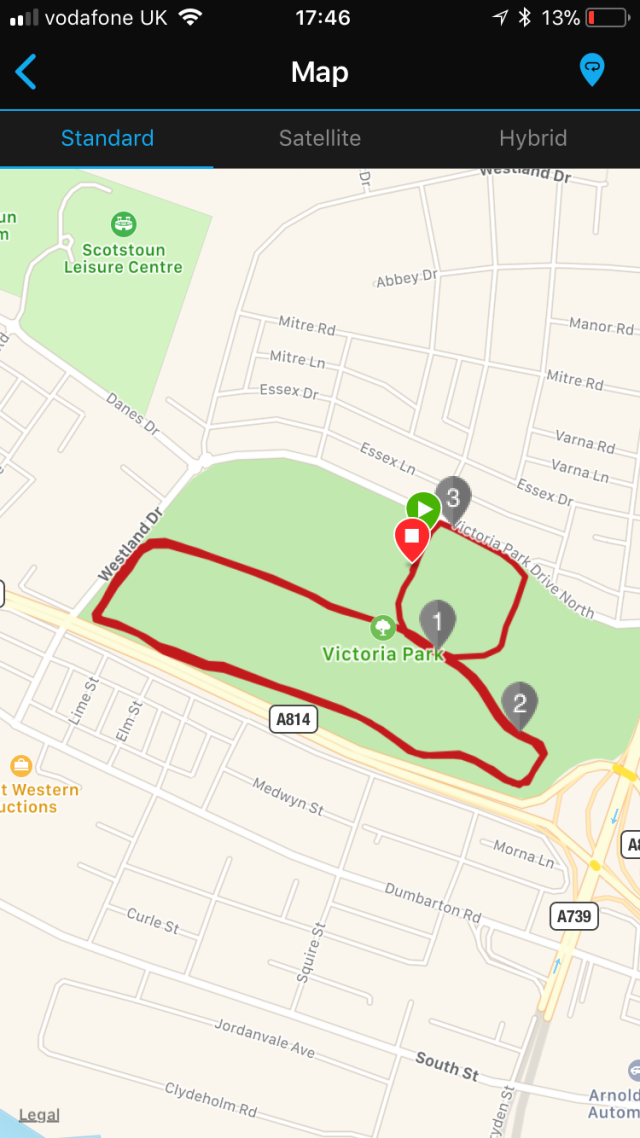 We still kept running and she decided she’d keep running steady then take some recovery with a short walk on the third uphill – a good tactic. Down the gradual downhill one last time and she kept a steady pace, past her friend Alison who had finished and was cheering her on. Alison said Audrey was looking strong.
I said to Audrey she just had a bit to go, 0.3 miles to go… keep strong. Up to the left and up a final wee incline avoiding the ice we were warned about by a marshall. A quarter of a mile to go, and I could see by the pace that she might just bloody do this. 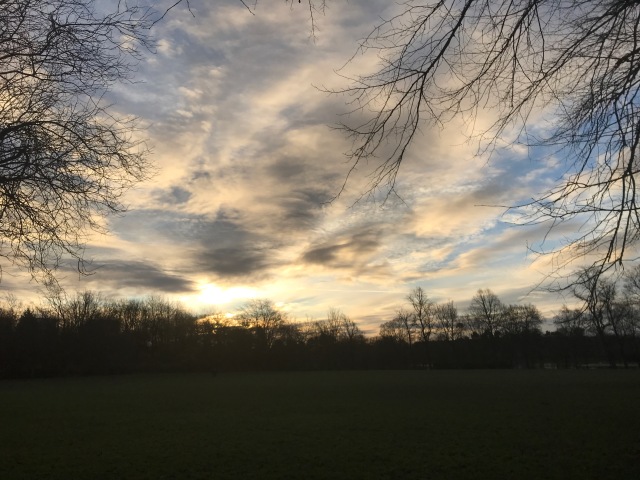 Then she took one final little walk break, which she needed, and a lady in a marcothon tshirt passed us and encouraged her to keep going. Audrey seemed resigned to the fact that she wouldn’t get 30 minutes, but it wouldn’t be far off it and it would be a PB.

She picked herself up and seemed to give herself the kick that she needed. With 0.15 miles to go, she pushed one last time.

Fellow park runners and I cheered her on. She went around the last corner to the finish and gave it her all. She finished just ahead of me. The pace on my watch showed 9:45 min miles on average, which worked out at about 29:49 for 3.06 miles. I worked it out to be about 30:15 for 5k, so very close to her 30 min target. 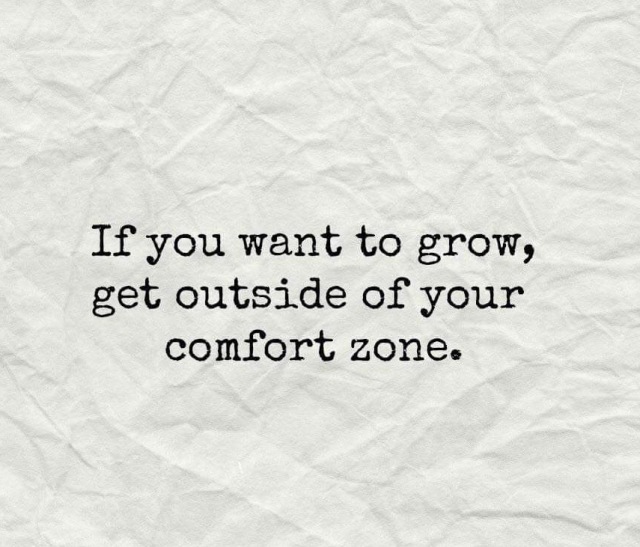 As she stopped at the end, she bent over and wretched a little again, and once she recovered I gave her her chip. We got our chips scanned and I congratulated her. She was still pleased even though she thought she didn’t quite make 30 minutes.

We went our own ways after, and I was pleased I’d helped her to push herself to get a 5k PB. I coached her last week and she said she’d been very busy at work and wasn’t getting as much training as she’d like in. So today was a great result.

Bang on! Amazing indeed. Determined Amazing Audrey with a smashing PB, bang on target and around 2 mins a mile faster than her comfy pace. I felt very pleased to have been able to help her.  🤗
Well done Audrey. I had a feeling you could do it.

No more saying ‘I CAN’T!’ – because you most definitely CAN! 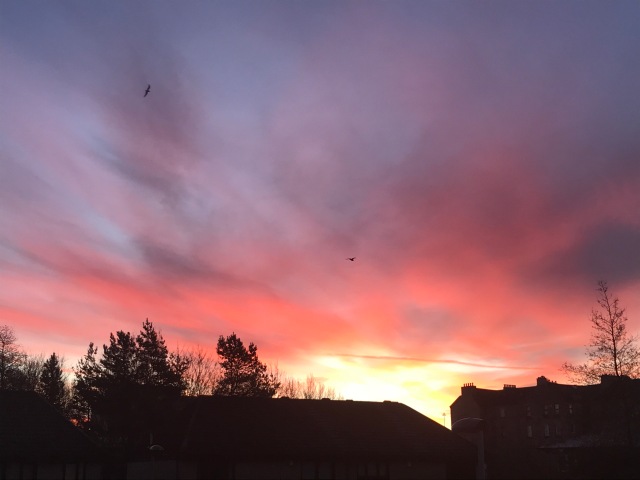 What a magic day. 👍🏻 I love running coaching and I love helping people

Ps: after this week of training – my legs feel gubbed. Rest day for me tomorrow!