Today I had to put my cape on.

Audrey and I got to the Kilmacolm Half a bit early this morning, and waiting in the car before meeting her friends she was running with – Nicola & Heather. We registered and picked up our numbers – mine was 616. 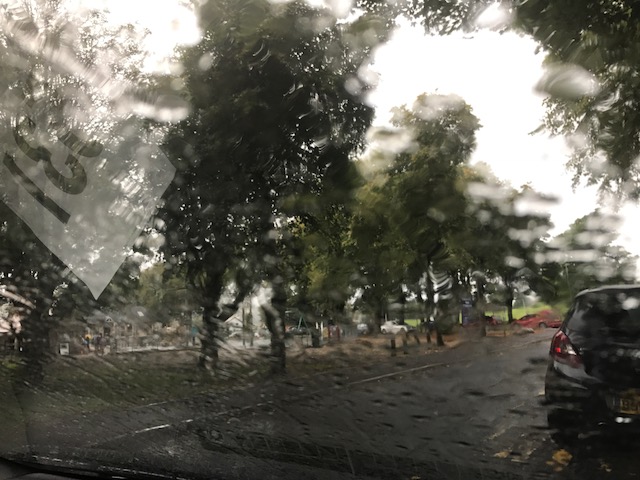 I’d made up Nicola’s training plan for her, 3 runs a week to get her to do her first half marathon. They finished in style with big smiles on their faces.

The weather was pretty rainy and windy at points, not quite nasty, and actually ok for running in. The wind seemed to be kind of in your face / right side on the way out, and a bit at your back on the way back, blowing you a bit up the gradual incline.

The route was ok, an out and back, sort of downhill on the way out, and a gradual uphill on the way back. With a big uphill with a mile after the start, which meant a big downhill a mile from the end. (This was me before it).

The graph below makes it more steep than it actually was, it was pretty much flat really, but I did notice the slight downhill, then the slight uphill on the way back.

At the start I went right up to the front, maybe two rows back with all of the men. There were a couple of women and I talked to someone called Joanne. She was wearing a nice bright red tshirt. I joked that I’d beat all of the men… then it turned out she beat a lot of the men as she was the first female home. 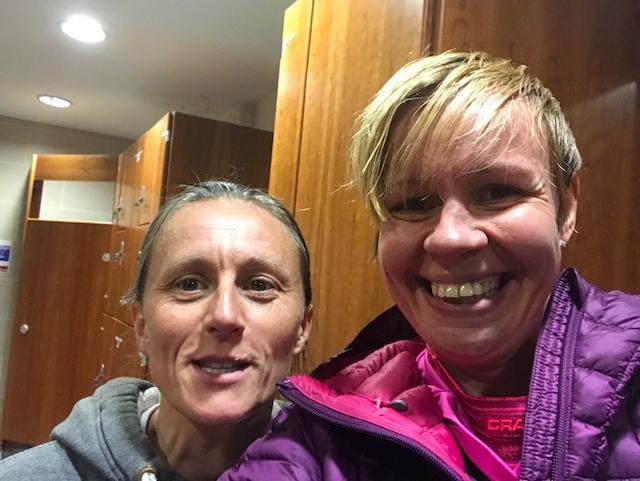 After about 4-5 miles, women stopped overtaking me, and I ran with a woman for a bit, before deciding at around 5 miles that it was time to turn it up a notch. The miles were ticking away nicely at under 8 minute miles, helped by the gradual downhills, and SIS caffeine a gel before the run, and at 3,7 and 10 miles in (225mg caffeine!)

At the half way marker my garmin was spot on 6.55 miles, and it was then the sloe gradual climb back up. I was conscious that there was the woman I’d been running with behind me, but I hoped I’d kicked off enough to leave her behind.

I know the area and whilst there wasn’t many spectators, there were plenty of smiley marshals, pretty scenery, shelter along the route, and some cows mooing us on. 😉

Around mile 7-8 I was an hour in and I passed Audrey, Nicola and Heather. And when Audrey asked if I was feeling good, I shouted back some negative crap, before I realised it was out. She said she’d never seen me working so hard (that’s why I say running fast is rubbish lol). 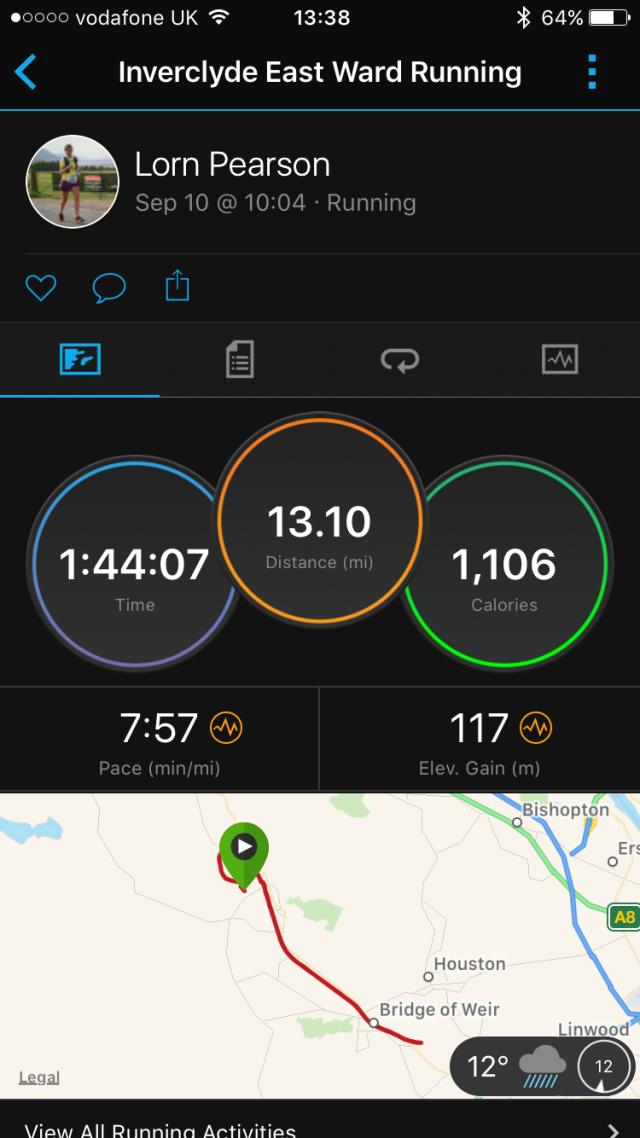 It was about then I realised I probably didn’t have my cape on, so I tied it on tight and kept going. Changing my mindset to be more positive and strong. It’s runs like this that help me to realise I can do anything I set my mind to.

I overtook a few guys on the way back, and was still conscious of female number 9 being behind me, but she didn’t catch me. I was thinking if it was hard for me, it’d be hard for everyone running it on the same route.

Once I had my cape on I thought, never mind someone catching me, I should be thinking about who I can catch, and that helped me to push on through. Up to 10 miles, then 11, then 12, all uphill, then the last mile was downhill. One guy overtook me at mile 11 and another at 12, and I overtook a couple too.

I finished soaked through to my pants and socks. I hung about for the prize giving then went and got changed to be warm for Audrey, Nicola and Heather finishing. I was 8th out of 49 women and 59th out of 141 Runners. 1st in my age group apparently 😎 – that’s a first! (small event and all that 🙂 ).

It turns out it was my 7th fastest and 7th hardest half marathon, and my fastest half marathon since I got my PB at the Skye Half Marathon in June 2014 (over 3 years ago). So that can’t be bad. I’m very pleased with my effort today. 😀

I got some chafing under my arm, and I might be a bit sore tomorrow, but maybe not. I’m certainly feeling a bit hot, even after a refuel of fish n chips. 43 miles for the month so far too, so well into my 77 mile target 10 days in. 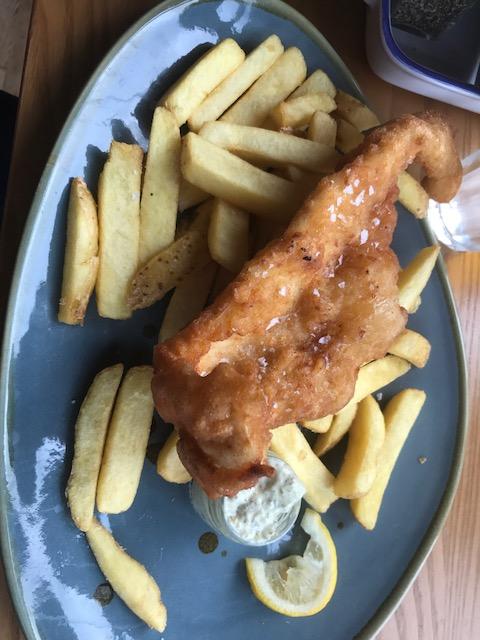 The results are here: http://www.racetecresults.com/Results.aspx?CId=40&RId=5232&EId=2

A small event, at a reasonable price, I got 2 bananas, a tshirt and a bottle of lucozade. No medal, but that’s ok.

A good wee day, and even the rain and heavy showers didn’t make it too bad after all. 🙂 I think I will sleep well tonight! 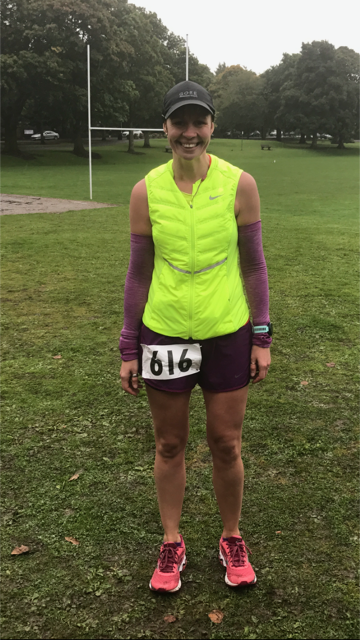