Posted on September 3, 2015 by lornpearson

It’s not often this happens to me, but today I ran a nasty horrible long run, and I managed to put Fit Girl through ‘the worst experience’ of her life. Oops.

It was meant to be 21 miles we were doing, I’d planned the route based on her 18 miler she’d done on her own a few weeks before. There would be a not very nice hill up to 8 miles in and we’d be on roads I didn’t really know. But I thought it’d be ok – turns out it wasn’t.

I started off the morning sore, more or less all over from strength training the day before. Add that to my second day of my period (pain usually) and I almost knew before I started this might not be my best ever run. 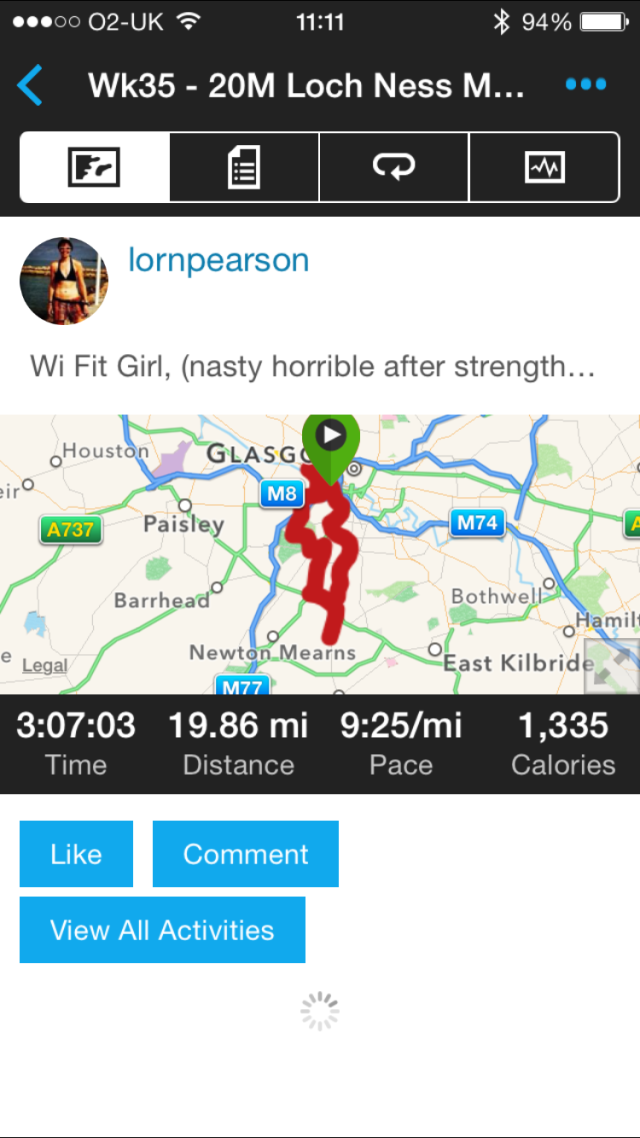 We were quiet from the off, mainly because we’ve spent the last week together, and also because we had 21 long miles ahead of us. I seemed to have forgotten my cape too. 😦 I only remembered it after about 18 miles or so.

We got to about mile 7 or 8 and I realised I’d taken the wrong turn at Clarkston, which lead us past a school at 8-9am, just as all of the kids were going in. I got hit by a school boy and his rucksack, we got slowed down, stopped, had to move out of the way. And I was lost. It wasn’t good.

I knew we had to take a right at some point to take us over to Newton Mearns, but the only road we could have gone on was a 60mph double track road without a pavement, so we decided to go back (past all the bl@@dy school kids…. 😦 )

After that I knew the way, back down to Giffnock, into Pollok, down to the Clyde and along. Then at 10 miles in, Fit Gitl felt her sore knee get sore. 😦 I was ready to can it all in and try again another day. She gave it a stretch and now that we knew where we were, I felt a bit better.

It was maybe all the stopping and starting, me getting us lost and the fact that this whole thing was a chore. The morning traffic was heavy on the route I’d chosen too. Arrrrg. And people were commuting, either waiting on a bus, or just about to get on a bus, totally oblivious to their surroundings (and that they stepped back right in front of me).

Then there was the pain – I had sore legs, sides, and shoulders, even sore feet… and had a bit of period cramp just to tip me over the edge. I wasn’t in the best of moods. Anyway, by Pollok Park we had done 13.1 miles in just under 2 hours.

By 16 miles in, we realised that Fit Girl’s Nike chip was underestimating her mikes, so she thought she’d done 18, but we’d only done 16. I offered to just go home, cut it short, but she was determined. There would be no harm in cutting it short.

But instead of going right at the millennium bridge, she took me left, around the Transport museum. I can keep going forever, but I was wishing this was over. She was determined to run longer than she had before. 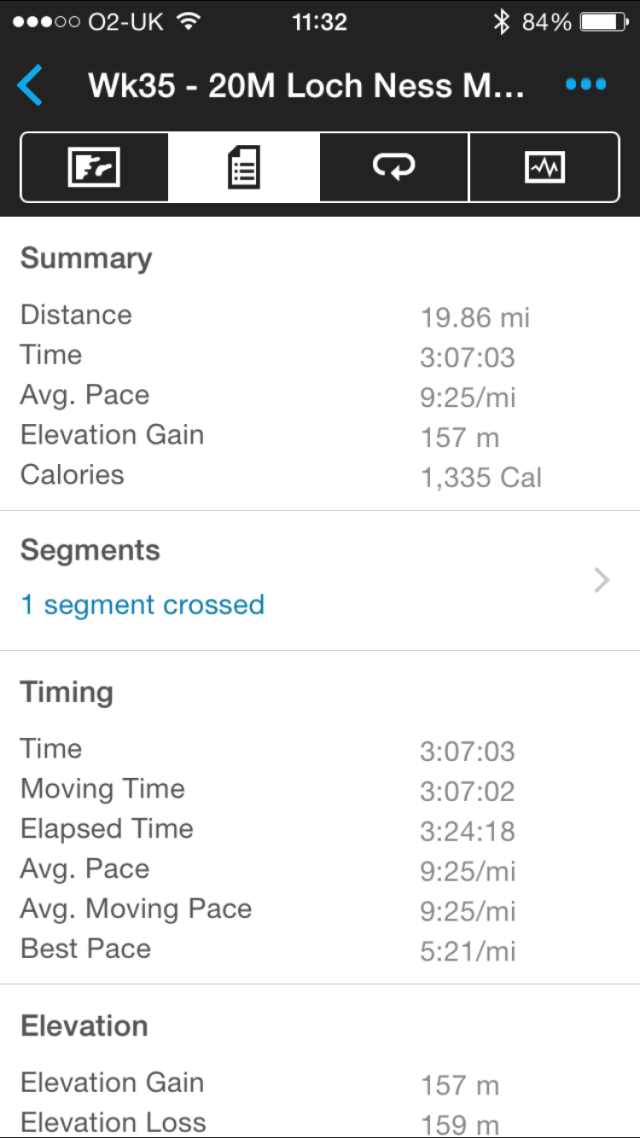 Back along the Clyde, running east towards home, with the wind at our backs. I was so pleased when she said, that’s it, I’m done, we’ll cross the Squinty and go home. (The plan was the squiggley)

But that’s it, Fit Girl’s longest run before the marathon, 20 miles.

– don’t do a full body strength workout the day before a long run (or leave 3-5 days after strength to do long run).

– do a route I know and have no chance of getting lost on.

– run either before or after rush hour, or run away from main roads / in parks to avoid commuters / school kids.

– if this run was the worst experience of her life, the marathon might be a walk in the park (fingers crossed, with the atmosphere etc).

I’d never say a run was bad, but that one was nasty and horrible. yuk.

Now, it’s time to shower and eat, and probably sleep. 😉