I did my food prep for next week tonight. I bit more complex than normal – not just 5 lunches of the same thing: a couple of different lunch options, a breakfast options, and trying to cater for high carb, med carb and low carb days.

First off is my pre workout breakfast. I never used to eat before exercise in the morning, but now I’m having:

Two tablespoons of Greek yoghurt, with a few bits of mixed nuts, and half a Banana, which I’ll put in tomorrow morning.

Mr Muscle has asked me to have whole meal toast with eggs and berries on my high carb days. But I’m afraid I’m not up to eating bread (and I don’t have a toaster!), so I’m opting to get my extra carbs at breakfast from melon and banana.

Fruit will no doubt be faster release / simpler carbs than wholemeal bread, but hopefully it’ll be ok. So on Mon & Fri, my strength and high carb days: it’ll be a high carb and protein filled breakfast of: scrambled eggs, berries, melon, banana and nuts. 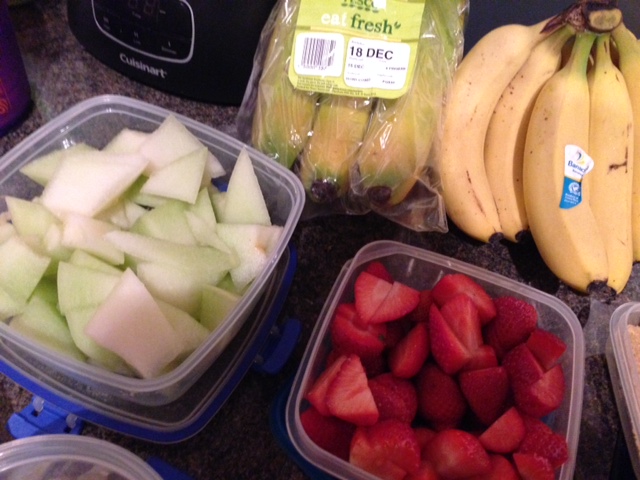 On Tuesday I have a work christmas lunch out, and on Wednesday I have a Christmas evening dinner out. That only leaves Tuesday lunchtime which I’m hoping will vs a baked potato with tuna at work.

For snacks on mon and fri, I’ll have oats and Greek yoghurt, with grapes and pine nuts. I’ll have some grapes for after my lunch if I’m after something sweet.

On tue-thu I’ll have a mocha protein shake for my mid morning snack. Mon and fri it’ll include extra oats to carb it out a bit.

Another snack I’ll be having is oatcakes, peanut butter and strawberries. Once again on med or high carb days. 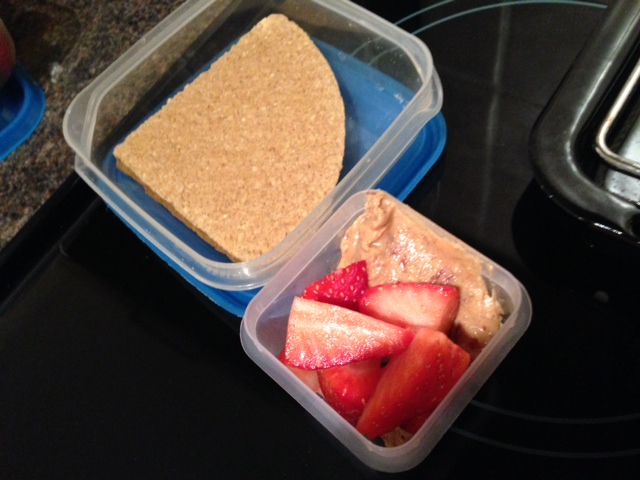 Hopefully that isn’t too complicated. I’ll post my daily food plans dependant on if it’s a high, med or low carb day next week hopefully once I’ve ironed it out a bit.

I’m having a nice relaxing night before an early start doing strength work and posting parcels early before work. 🙂 no swimming teaching for once, and it’s slightly odd.