So it’s come to that time of the week for my Thursday thoughts… the end of my week has been overshadowed by the fact that I can’t help but take notice of the weather forecast for the weekend… for Saturday in particular… the day of my long run.

On Saturday morning I’m meant to be:

Driving to Tyndrum (55 miles / 1 hour 15).
Running south from Tyndrum for about 2:30… then running back to my car.
(Early in the morning so I’m back for lunchtime.)

Then, after two weeks of kind of reasonable pleasant weather… tonight I see this on the BBC weather… 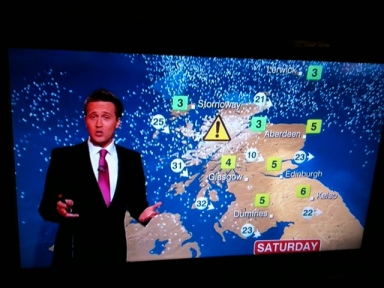 Why?  Why Christopher Blanchett, why??!!  I know it’s February, and I know it’s meant to be cold, but come on!

Snotters and bugs from Wick

For the last fortnight, Fit Girl has been struck down by a horrible coughing bug which nearly made her go off sick from work and has led to a few sleepless nights for us both.  I was touching wood in the fact that I had managed to refrain from catching it, and I was honestly thinking I must be made of strong stuff to be avoiding the (weegie) bugs. 😉

Then at the weekend my lovely niece (10) and nephews (5 & 7) were down from Wick.  I spent around 3-4 hours with them… and I really enjoyed seeing them. 🙂 Nice pleasant well mannered kids, nice family, good times. 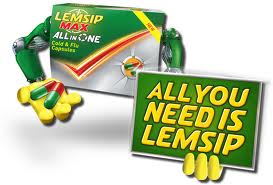 Now… around 72 hours later… I appear to have started to show cold / flu symptoms.

I noticed the start of a runny nose just after lunchtime today.  Ba$%&rd!! 😦  Lemsip (paracetamol, caffeine & phenylephrine hydrochloride) and Kleenex Balsam tissues for me it is, and maybe even a swig of Night Nurse last night for me.  😛

I’m not a very good patient, although I will try and take the pills/medication not moan too much.  😉  And as for my training… what is it they say?:

You can still train if it’s only above your shoulders (ie: head cold: sore throat, runny nose), but take it easy and don’t push it.  But if it’s below your neck (ie chest cold: cough, nausea, fever),then you shouldn’t train or exercise

We’ll see how it goes.  Fingers crossed my temple of a body fights it off. 😉

I won’t go on about it, but I thought it was a bit sad about Whitney Houston at the weekend.  Bodyguard was the first album I ever bought… aged about 12 or something… and I used the words from ‘Run to you’ in my first ever valentines card to a boy. lol

I just think she was an amazing talent and it’s a shame she died so young.  The only good thing I can think of coming from her death is that her music is on the radio a lot more, and that I bought her Ultimate Collection Album this morning.  In fact, since her death, her record sales have seen a major boost in the US and the UK.

Several of her songs are on course to re-enter the UK singles top 40 on Sunday with a greatest hits compilation heading for the top 10.  Houston’s cover of the Dolly Parton single, I Will Always Love You, is likely to reach the top 10 on Sunday.